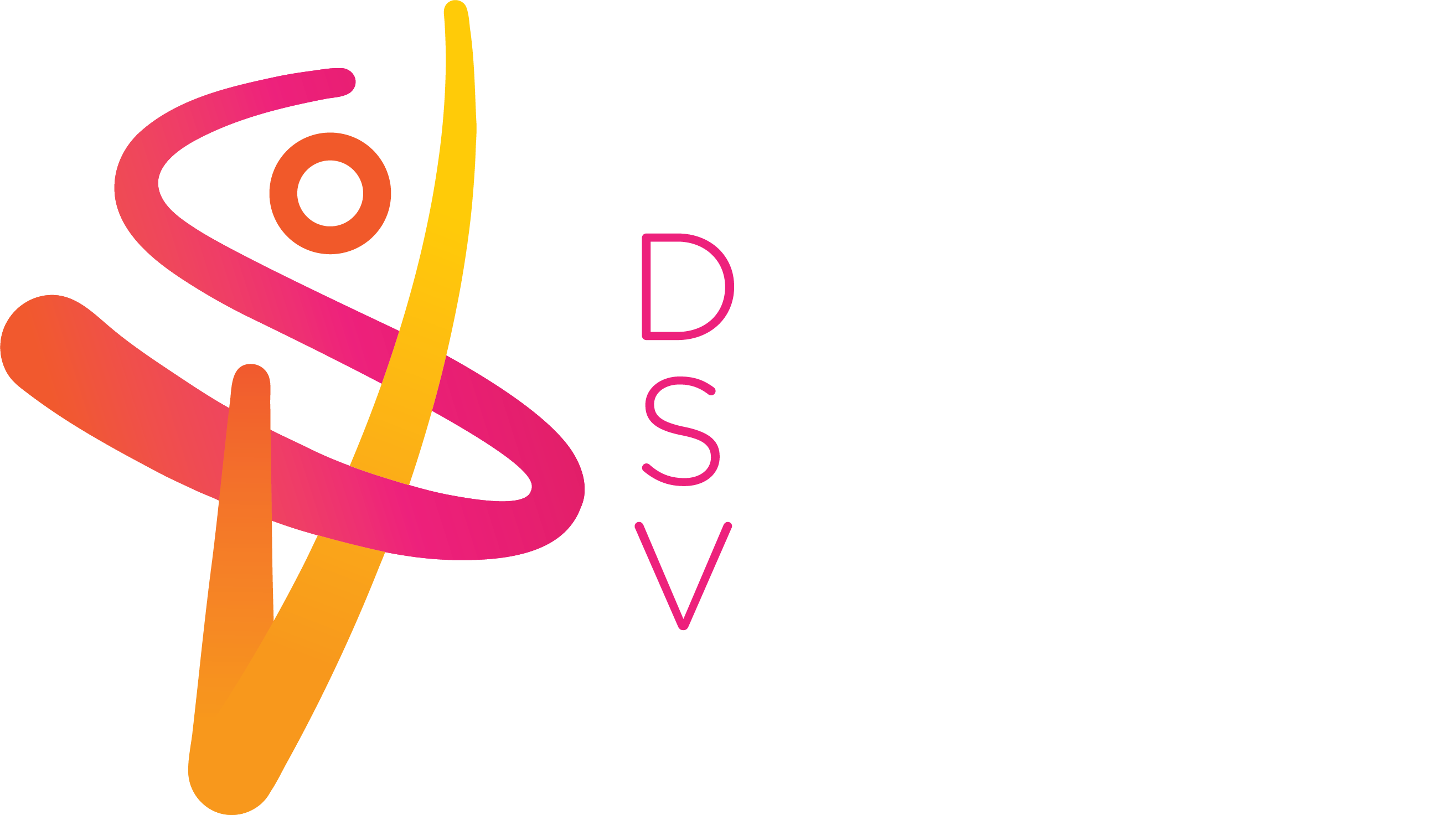 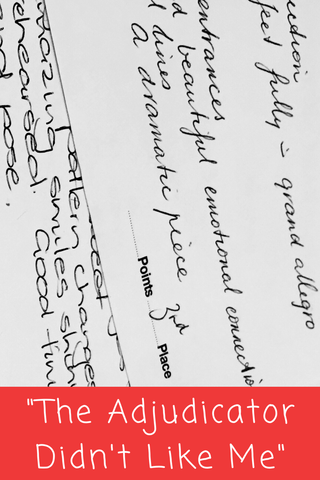 We have all heard it before. Those five little words, “The adjudicator didn’t like me.” I am here to tell you, that this in fact, is an excuse.

You might be disagreeing right about now, but no matter what way you want to look at it, this statement is always an excuse, even if it is said with the best intentions.

To start with, the adjudicator will not know you personally so there is no reason for them to actually dislike you. There are rules in place at eisteddfods that prevent you from entering competitions where you have been taught by an adjudicator in an ongoing capacity. It does not make sense that someone should dislike you when they do not even know you.

Secondly, just because you did not place does not mean that the adjudicator didn’t like you. Yes, they probably did not like your turned in développé to seconde or your grand jeté with a bent back leg or the way you rushed your music but these things are elements of your dancing and not things that define you personally. Take all feedback you get on your crit sheets as constructive criticism. Show your crits to your teachers (even if you do not want to because that same correction they have been giving you for weeks is on there). The adjudicator is there to assess many elements of your dancing and then score you accordingly. Just because you beat a dancer at one competition, does not mean you should be placed higher than them at the next competition. Smile when you do not place and congratulate your peers.

Even if you did not place and all of your feedback on your crit sheet was positive, it still does not mean that the adjudicator disliked you. Yes, this sometimes happens and it can be frustrating, but the adjudicator is doing his or her best to give everyone feedback in a very short period of time. Your teacher will be aware of things you can work on and will be there when you return to the studio to help you to continue to improve. You will just look like a sore loser if you complain about the adjudication. Be happy with your positive feedback and use it as an opportunity to grow. For example, if you were told that you performed a lovely single pirouette, work with your teacher to perfect a double for next time. If you were told that you had nicely stretched legs and feet in your kicks aim to get them higher by the next competition. The adjudicator obviously thought you danced well due to the positive feedback; however, someone else still danced at a higher level and was marked accordingly. 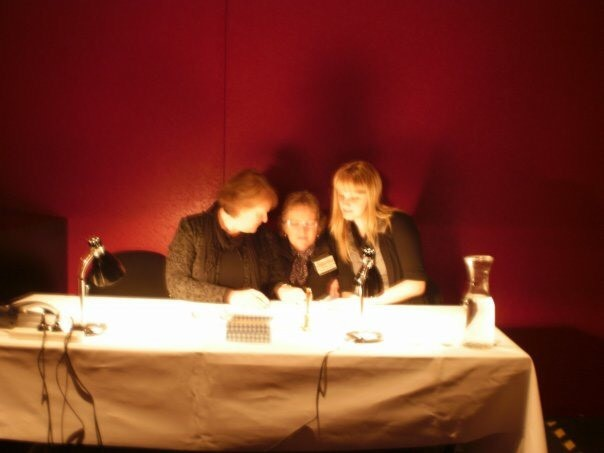 The penciller, a committee member and myself at the adjudicator’s table back in 2009.

Last but not least, and probably the worst one I have heard numerous times in the fifteen years I have been teaching competition students is, “Mum told me that x wasn’t very good and that I should have beaten them. The adjudicator must not have liked me.” My response to this when I have heard it from students in the past is, “The adjudicator has no reason to dislike you. Take the feedback, move on and congratulate the others that placed.” Now, for the parents out there, I ask you this. Would you try and tell a mechanic how to fix your car if you were not trained in this field? Would you attempt to build a house without any experience? Would you do a good job of colouring, cutting and styling someone’s hair when you had not been trained to do so? My point is this. Adjudicator’s are professionals too and they deserve our respect. They have grown up in, lived and worked in the dance scene and are knowledgeable in their field. It is possible for them to make a mistake as they are also human; however, this will be on the rare occasion and it is not up to parents, teachers or students to decide that a mistake has been made. 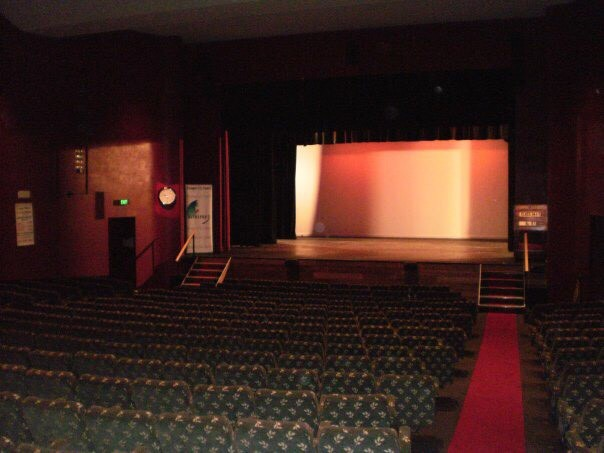 An image of the theatre where I adjudicated my very first eisteddfod way back in 2009!

On one such occasion, when I was a young teenager, I competed in a competition and was not awarded a place. I knew I had danced well. My mum knew I had danced well. My teacher knew I had danced well. Yet, I had not placed. The awards were given out and the curtains had closed. This particular section was not a standard one and large monetary prizes were given to the winners. It did not matter though, as I knew I had done my best and I could still improve on various elements of my performance. My mum and teacher probably thought the adjudication was strange but they never said this to me. (In fact, my mum never made comments like this to me in all of the fifteen years I competed in competitions.) As it turned out, five minutes later, when I was about to start changing, the organisers came and saw me and told me there had been a mistake and that I was meant to have been awarded 2nd place. The whole thing was dreadfully awkward for everyone; however, it proves that on occasions mistakes can happen.

Despite all of this, my mum and teacher were the perfect examples to me of how to take what may or may not have been a mistake as a good sport. Whether that result had been right or wrong, it was not the end of the world. There was always the next year to compete again. The main thing I am trying to say to parents here is this – Even if you think an eisteddfod result could have been wrong, do not say this to your child. 99% of the time, it will not be a mistake anyway and the 1% where it may have been one, it will be a good opportunity for them to learn to take things on the chin and celebrate the successes of others. By doing this, even if your children do not have careers in dance, they will have learnt valuable life skills such as respect, acceptance and comradery that they will take with them well into the future.


View our other posts